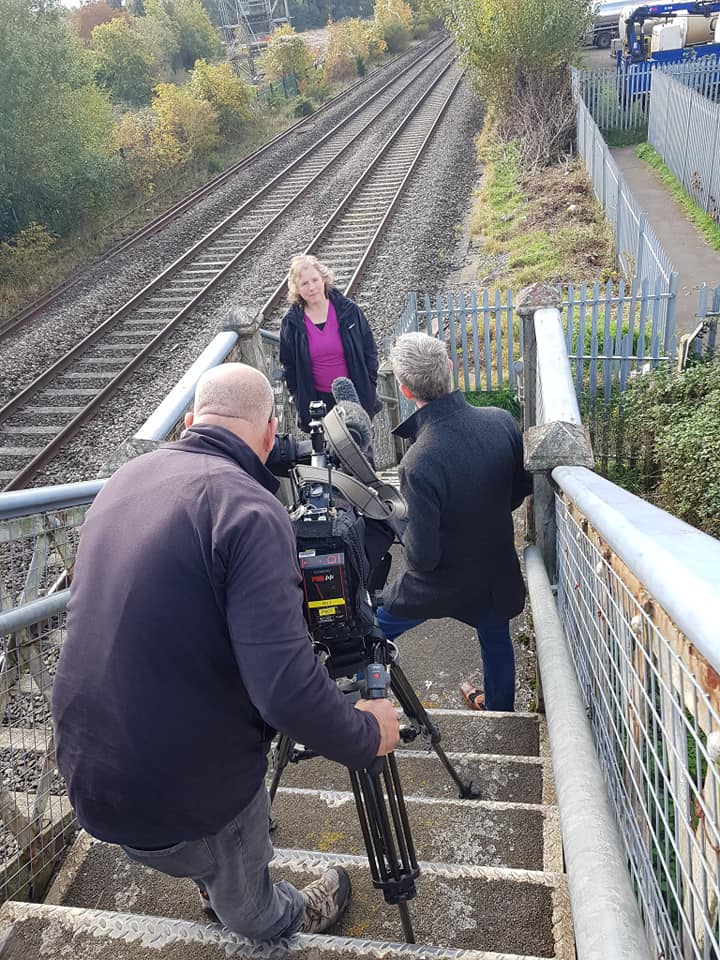 Stonehouse Town Council  and Stroud District Council are promoting a project to reopen Stroudwater Station at Bristol Road Stonehouse. The old station closed in 1965. A new station on the Bristol to Birmingham line would give 55,000 people in the Stroud Valleys a fast, green direct link to Bristol and beyond for work, education and leisure as well as providing a way for people coming to the area for work or for tourism an easy accessible alternative to the car. The proposal has received recognition from national government in the form of a £50,000 award in October 2021 from the Department for Transport’s Restoring Your Railways Ideas Fund.

Use of rail in Gloucestershire is low compared to national and regional averages. Gloucestershire needs more stations and better direct services to the regional capital. It can be quicker to get to London by rail than to Bristol our regional centre. .  To build back the economy from the current crisis and face up to the challenges of climate change, we urgently need to help people off roads and into trains to access jobs, training and leisure opportunities.

We know, from consultation for the Stonehouse Neighbourhood Plan, that many local people would like to see a new station at Bristol Road Stonehouse. An e-petition on Gloucestershire County Council’s website attracted 1,352 supporters.

Stroudwater Station at Bristol Road Stonehouse would serve 12,000 people who live within a mile, 22,000 within two miles. The population in the catchment area, which runs along the Stroudwater Canal corridor, is now 55,000 and has been growing at twice the rate for Stroud District and the County. Further housing and employment developments are being developed or planned. Stonehouse is an employment hotspot for the District with over 4,000 people working on the industrial estates around the town. Along with Stroud, there is a concentration of successful high tech, IT and green businesses.

In October 2021, it was announced that the proposal to re-open Stonehouse Bristol Road Station has received a £50,000 award from the Department for Transport’s Restoring Your Railways Ideas Fund. The funding was for feasibility studies to develop the Strategic Outline Business Case for the station. This was a really encouraging opportunity to work on the long-held aim of reopening Stonehouse Bristol Road Station to provide a direct rail link between Bristol and the Stroud Valleys.

The contract to write the SOBC was awarded to Stantec working with Allen Rail.  Working with local stakeholders, a range of options were considered and the SOBC was finalised in September 2022. The SOBC concludes that there is a strong strategic and economic case for a new railway station at Stonehouse served by one or two trains per hour.

The councils are now awaiting an announcement from Government on whether the project can proceed to the next more detailed Outline Business Case stage.

The support of Stroud District Council and Siobhan Baillie MP have been invaluable in making the funding bid a success, alongside work from many others who have promoted the proposal.

Stonehouse Town Council will continue to work with Siobhan Baillie MP and Stroud District Council to promote and develop the case for the new station to key partners including Gloucestershire County Council, GFIRST Local Economic Partnership and Network Rail.

This website uses cookies to improve your experience while you navigate through the website. Out of these cookies, the cookies that are categorized as necessary are stored on your browser as they are essential for the working of basic functionalities of the website. We also use third-party cookies that help us analyze and understand how you use this website. These cookies will be stored in your browser only with your consent. You also have the option to opt-out of these cookies. But opting out of some of these cookies may have an effect on your browsing experience.
Necessary Always Enabled
Necessary cookies are absolutely essential for the website to function properly. This category only includes cookies that ensures basic functionalities and security features of the website. These cookies do not store any personal information.
Non-necessary
Any cookies that may not be particularly necessary for the website to function and is used specifically to collect user personal data via analytics, ads, other embedded contents are termed as non-necessary cookies. It is mandatory to procure user consent prior to running these cookies on your website.
SAVE & ACCEPT